“Oil and gas production in Texas creates countless jobs, generates billions in tax dollars and helps fund public education across the entire state,” State. Rep. Landgraf stated. “But this single-largest economic driver in Texas is being threatened because of inadequate state investment in highway safety and infrastructure, and educational opportunities in Texas’ energy-production hotbeds.”

HJR 82 and HB 2154 filed by Craddick and Landgraf would create the Generate Recurring Oil Wealth for Texas Fund— the “GROW Texas Fund.” The GROW Texas Fund would not raise or create taxes. Instead, it secures existing state revenue paid by oil and gas producers through severance taxes for specific re-investment in the Texas oil patch that has been strained to the brink by record-breaking production in recent years. That money would then be used exclusively to: expand and improve highways and public roads, increase law-enforcement and first responder salaries, and revitalize education and skilled-workforce opportunities by dedicating money to teachers, schools, colleges and universities.

"This bill is a clear statement that when a pregnant woman is assaulted, both the mother and the unborn child are victims, and a more severe punishment for the attacker is justified,” Landgraf said.

House Concurrent Resolution 29, authored by Landgraf, petitions the state's congressional delegation to pursue block grant legislation in Washington, D.C. to allow Texas to administer its own health care for the poor.

"Medicaid costs in Texas have grown exponentially in recent years and are crowding out room in our state budget for other essential services such as education, higher education, and transportation," Landgraf said. "A Medicaid block grant would give Texas the flexibility to better fund those things while still keeping our commitment to the most vulnerable of all Texans."

The Medicaid program is unsustainable financially for the state as Medicaid spending in Texas is experiencing steady, long-term growth. In 2001, Medicaid consumed 20% of the All Funds budget but now accounts for nearly 30% of the 2018-19 budget. Because Medicaid is a federally mandated program the state of Texas has no power to amend the mandatory benefit and eligibility requirements of the program.

"I believe Texas can administer the Medicaid program more efficiently, while also giving us greater certainty in the budget from year to year," Landgraf added.

AUSTIN — State Representative Brooks Landgraf (R-Odessa) filed legislation aimed at reducing the number of overpass strikes due to over-height semi-trucks by holding those drivers or their employers liable for the costly damage.

House Bill 799, authored by Landgraf, seeks to hold the owner of the vehicle strictly liable for any damage to a bridge or overpass caused by the height of the vehicle. The driver of the over-height vehicle could also be charged with a misdemeanor crime punishable by a fine not to exceed the cost of the damages.

"Like so many West Texans, I'm frustrated with how frequently overpasses in the Permian Basin are being struck by oversized loads," Landgraf said. "These bridge strikes compromise highway safety, cause traffic congestion and cost taxpayers up to millions of dollars in repairs."

According to the Texas Department of Transportation, in 2018, there were at least 82 overpass strikes across the state. Meanwhile, over the five previous years from 2013 and 2017,  there averaged just 31 overpass strikes a year. The cost of repairs for the 2018 damages alone exceeds more than $20 million, but less than $3.6 million of that has been collected from the drivers and companies responsible.

"I'm determined to reduce the number of these collisions and hold the vehicle owners strictly liable for the cost of the repairs so that taxpayers aren't stuck footing the bill," Landgraf added.

AUSTIN — State Representative Brooks Landgraf (R-Odessa) filed legislation that would criminalize, under state law, misrepresenting a child as a family member at a border crossing.

House Bill 888, authored by Landgraf, seeks to combat human trafficking by making it a Class B misdemeanor to knowingly misrepresent a minor as a family member to a peace officer or federal special investigator at a port of entry. This is already a criminal offense on the federal level. If passed, this bill would give local and state law enforcement an additional tool in Texas.

“We must continue our efforts to secure our border and combat human trafficking, and this bill provides reinforcements in that fight," Landgraf said. “I appreciate that the idea for this bill was brought forth by a constituent from Odessa who put a great deal of research into helping craft this bill."

According to the Texas Attorney General, there are more than 75,000 minors in Texas who are currently victims of sex trafficking. The AG’s office reports these child victims are often tricked and coerced by their captors, being told, for example, they are going to Disney World. Therefore, when the opportunity arises for a child to speak up to authorities at a port of entry, they remain silent as their captor tells the customs officer the child is their son or daughter.

"An increase in oil and gas production is always a good thing for Texas, but with it comes a significant increase in traffic on Permian Basin highways creating challenges to local infrastructure," Landgraf said. "I will continue to take the lead to improve safety on our highways and keep West Texas open for business."

Landgraf was also appointed to the House Committee on Business and Industry, which is responsible for oversight of industry and manufacturing and has jurisdiction over the State Office of Risk Management, the Risk Management Board, the Division of Worker's Compensation of the Texas Department of Insurance, and others.

"I asked for these posts because I believe I can utilize them to better serve the people of the Permian Basin and Texas. Now that committees have been assigned, I'll be rolling up my sleeves and getting to work," Landgraf said. 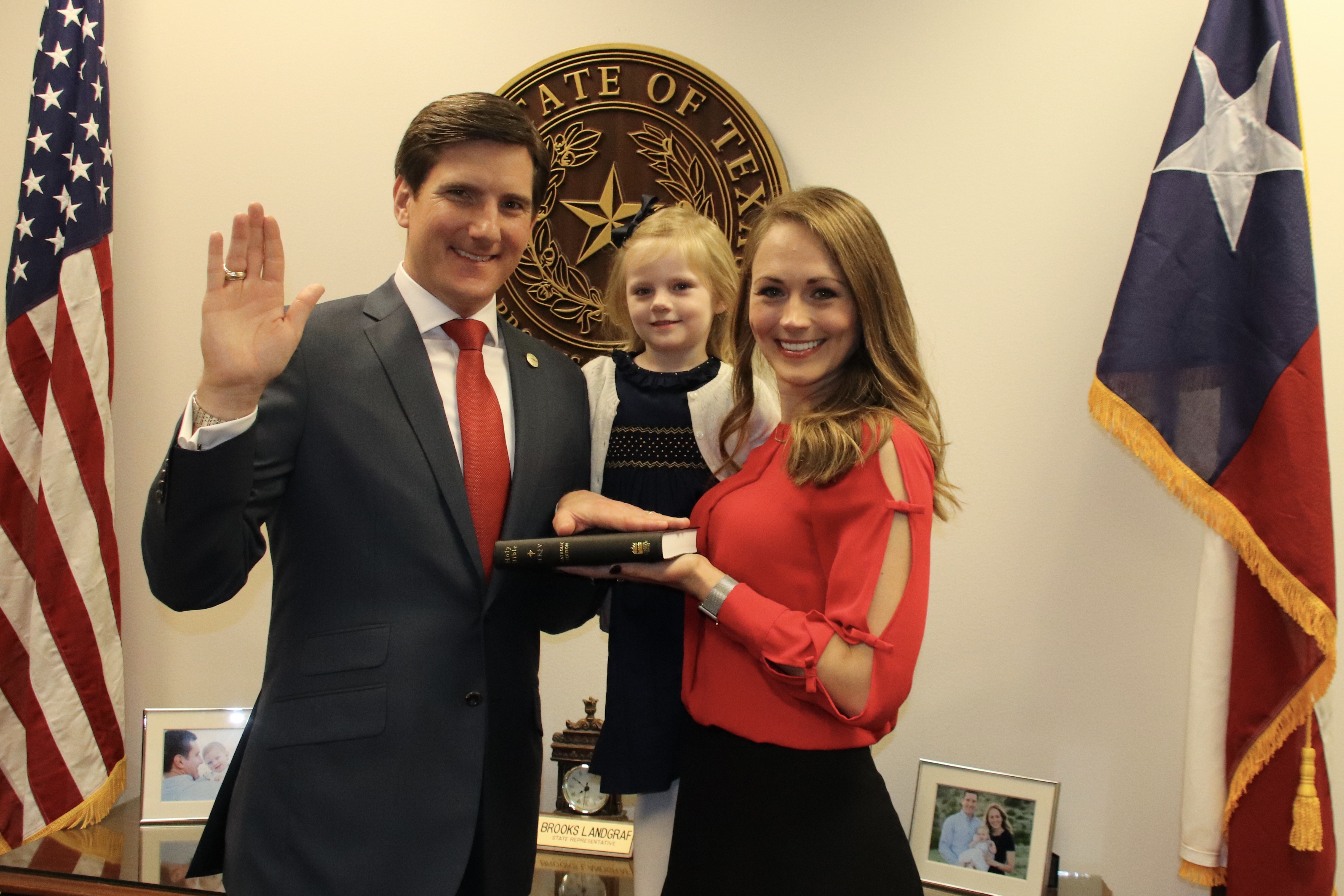