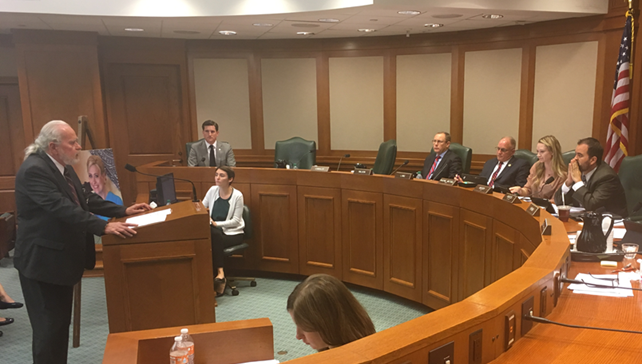 “Monica's Law,” filed as House Bill 2315, is awaiting a vote after being presented in a Texas House committee. State Representative Brooks Landgraf (R-Odessa) filed the legislation to prevent domestic violence by increasing accessibility to information about individuals with a history of domestic violence. The bill aims to create a publicly searchable database listing protective orders issued by Texas courts.

Late on the evening of Monday, April 24th, Rep. Landgraf presented Monica's Law, to the Criminal Jurisprudence Committee. Monica's father, along with her sister and brother, traveled to Austin to share their personal stories of loss and testify in favor of the bill.

“I filed this legislation after working closely with Monica’s family and I'm proud of them for coming to the Texas Capitol to share their story,” Landgraf said. “By providing gripping testimony, they are helping turn tragedy into triumph by helping prevent others from becoming victims of domestic violence.”

"There is nothing we can do to bring Monica back, but maybe this could save somebody else," Jon Nielsen, Monica’s father and a retired Odessa police officer, stated in front of the committee.

“Monica had no clue of his violent and abusive past; he was a seasoned predator and he knew exactly how to hide it from her and her family," explained Jenny Dorsey, Monica's sister. 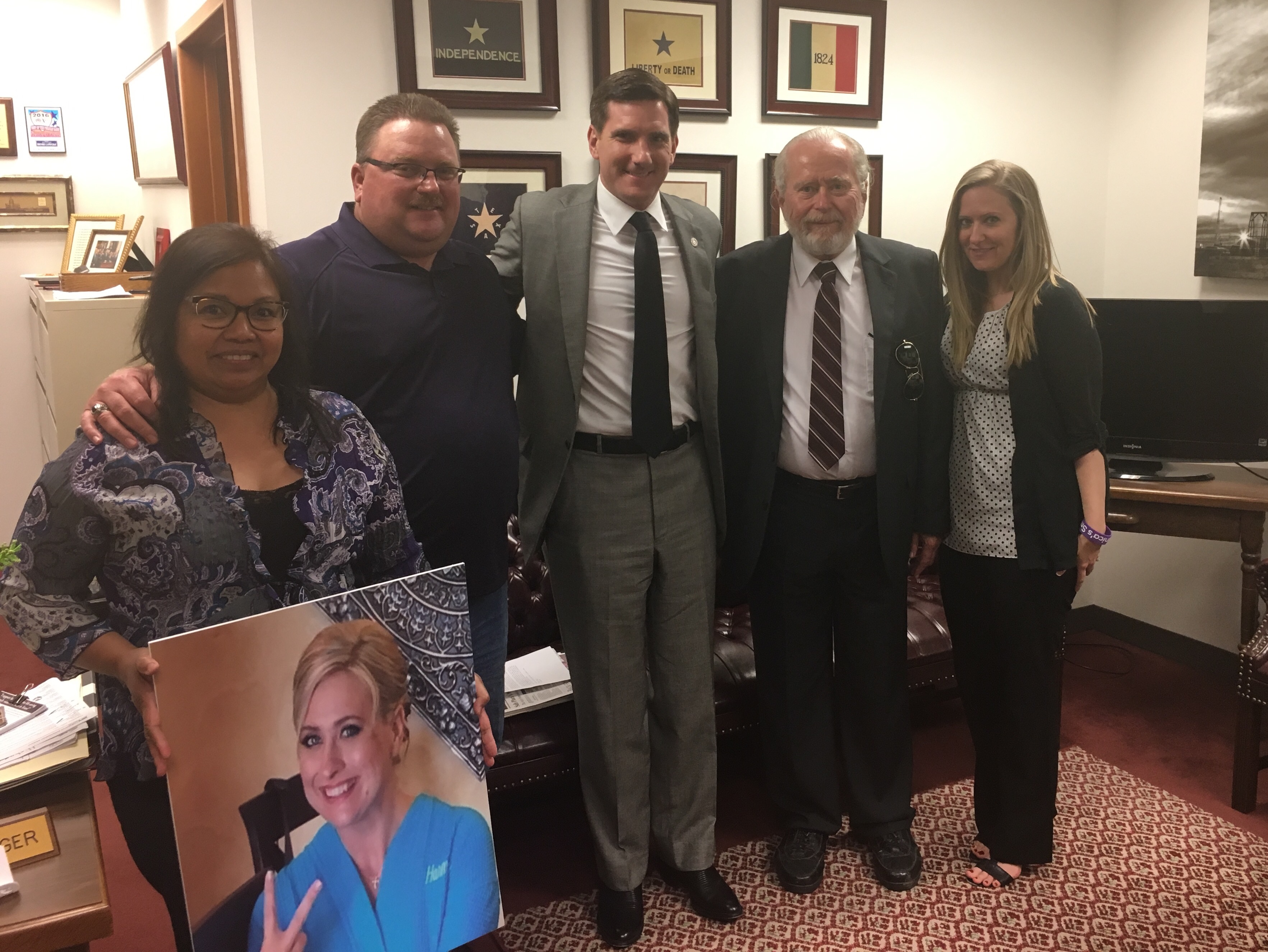 Monica’s Law would establish a statewide registry of protective orders, where certain redacted information could be publicly accessed, and where law enforcement and the courts have access to all of the information provided by approved protective orders. The information would only be available after due process has been given to the abuser in a judicial proceeding.

"It's too late to do anything for my sister now, but it's not too late for my daughter, my other sister, my mother, your daughters, your sisters, or your mother," Paul Nielsen, Monica's brother, implored the committee.

Monica’s Law could be approved by the Criminal Jurisprudence Committee as early as next week, and then it could be scheduled for debate in the Texas House floor.

The bill to honor the life and service of the former Navy SEAL was passed by a vote of 142 to 0 in the Texas House of Representatives.

“I am honored that my colleagues in the Texas House unanimously supported this bill to memorialize a native Odessan and American hero, Chris Kyle," Landgraf said.

Kyle is considered one of the most lethal snipers in U.S. history, with 160 confirmed enemy kills. Chris Kyle spent countless hours as a leader helping his fellow veterans with their transition back into civilian life. His life story was portrayed in the film “American Sniper.”

The bill will now be considered in the Texas Senate, where Senator Kel Seliger (R-Amarillo) will take the lead on the legislation.

Landgraf aims to strengthen punishment for assaults on pregnant women

State Representative Brooks Landgraf (R-Odessa) on Thursday filed House Bill 3539, which would make it a third-degree felony to assault a pregnant woman in Texas. Current state law only classifies that crime as a Class A misdemeanor.

Landgraf filed the bill after a local prosecutor, Kortney Williams, asked for the law to be changed to provide a tool against someone who assaults a pregnant woman.

"This bill is a clear statement that when a pregnant woman is assaulted, both the mother and the unborn child are victims, and a more severe punishment for the attacker is justified,” Landgraf said.

Landgraf’s bill seeks to protect both the pregnant mother and her child, but also create a greater deterrent for assaults of this kind.

If Landgraf’s bill is passed by the Texas Legislature, the new law would take effect on September 1, 2017. 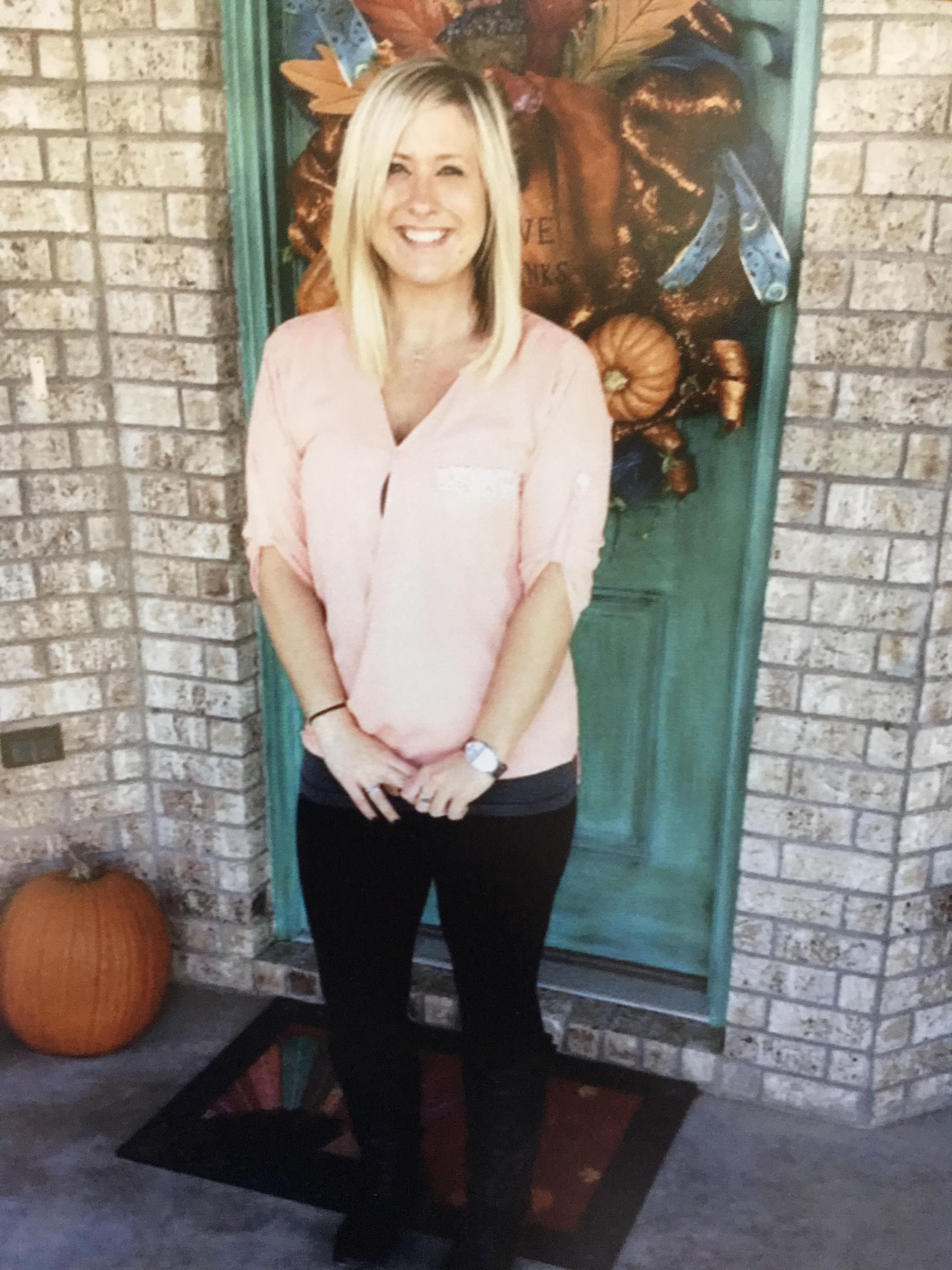 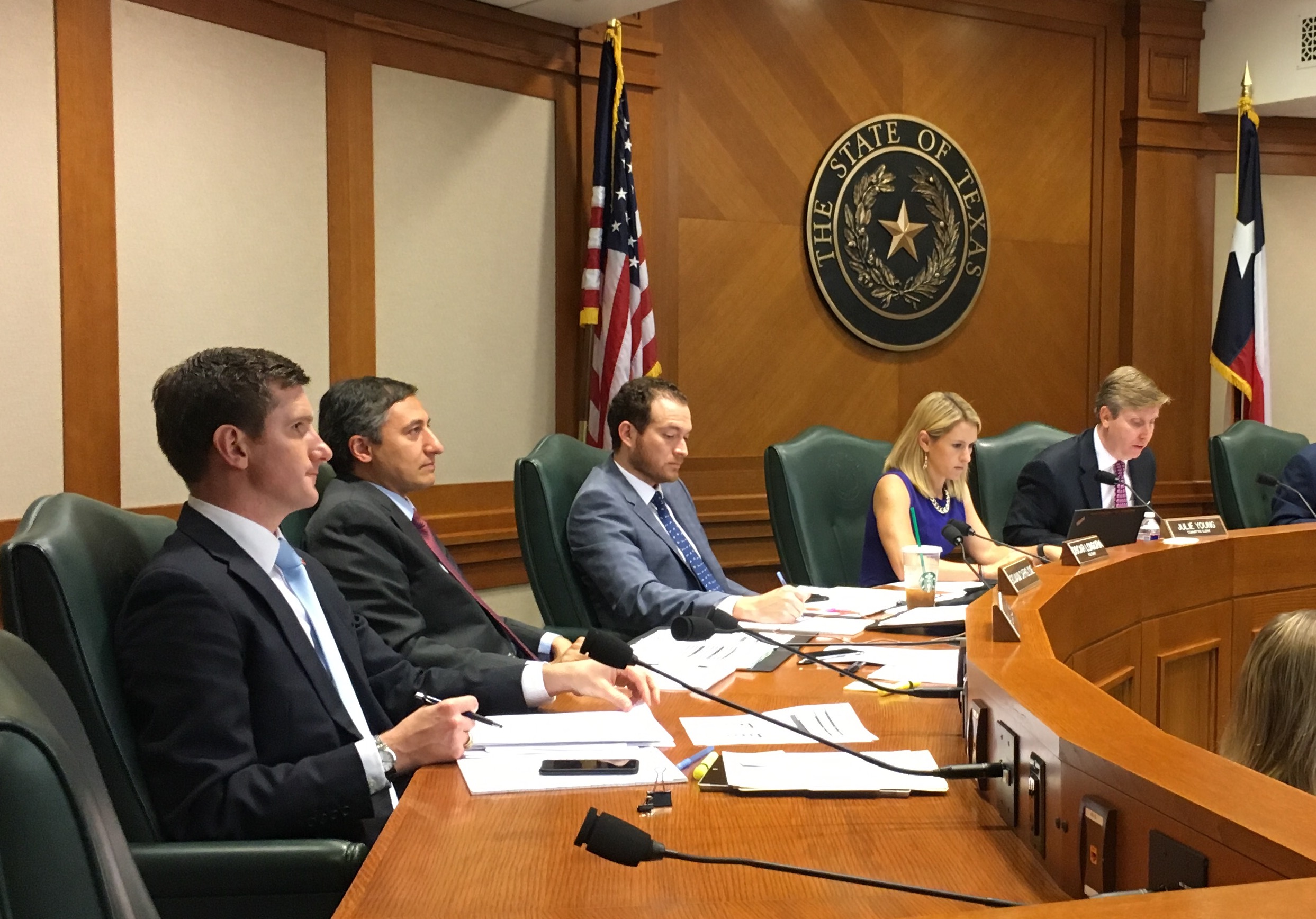 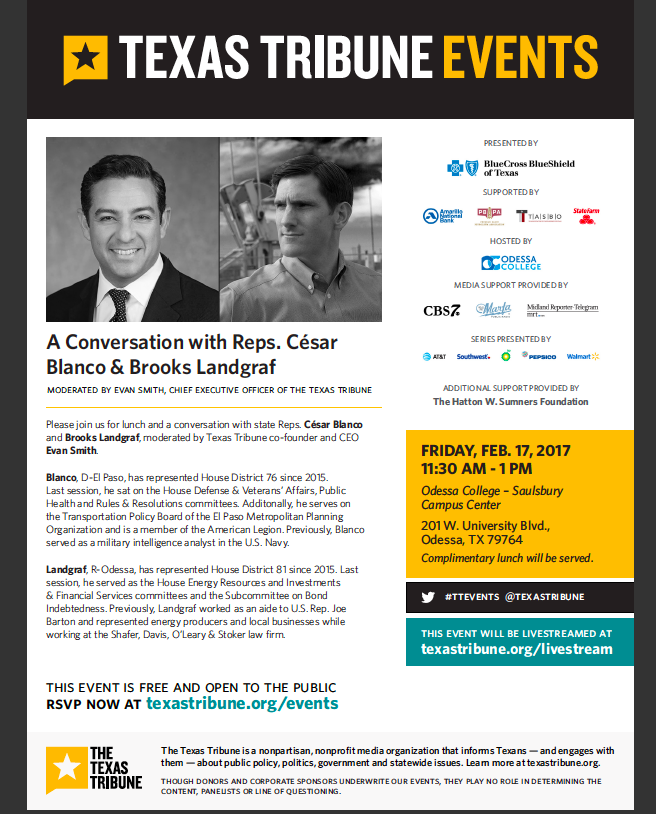 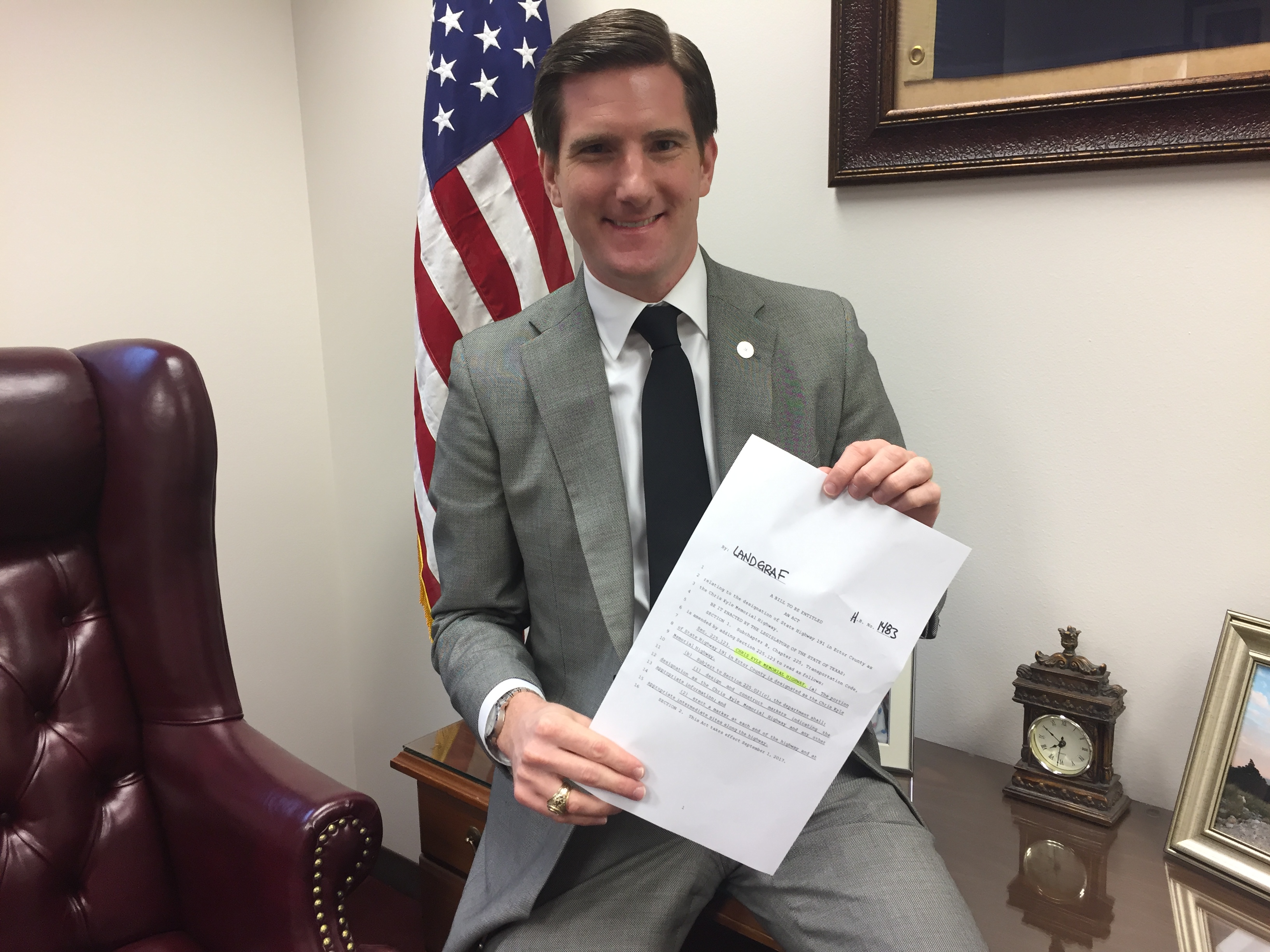