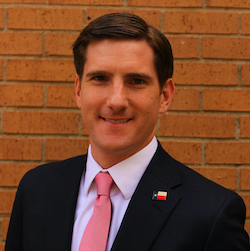 Landgraf is a native son of Odessa. His family has been ranching in West Texas for five generations, and Brooks is active in managing the family's business and ranching operations. Brooks is also an experienced business attorney who has worked in the oil and gas and healthcare industries.

Brooks has served the people of District 81 in the Texas House of Representatives since 2015, and quickly became known for his commitment to West Texas, his strong work ethic and his fierce advocacy for practical, conservative solutions.

Brooks has also stood up to the Biden Administration’s COVID-19 vaccine mandates, co-authoring legislation to protect Texans from being forced to obtain the vaccine and supporting the state’s legal challenges to the mandates. “A  steady, unwavering conservative voice in the Texas House” according to the Texas Conservative Coalition, Brooks’ continuous advocacy for additional state resources for Permian Basin roads and schools has led to record funding for transportation and education in the region.

A Permian High School alum, Brooks graduated from Texas A&M University. Landgraf then earned a law degree from the St. Mary's School of  Law in San Antonio, where he also served as the editor-in-chief of the law review.

Brooks is a proud Eagle Scout and is dedicated to serving the state and community that have given him so  many opportunities. In 2017, Brooks was named to the  inaugural class of "Odessa Under 40" by the Young Professionals of Odessa.

Brooks and his wife, Shelby, have one daughter, Hollis Rose, and are proud to call West Texas their home. They enjoy volunteering together for local charities, and the family loves  spending time together working on the family cattle ranch. They attend church at St. Elizabeth Ann Seton  in Odessa. 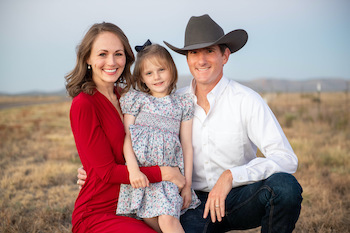