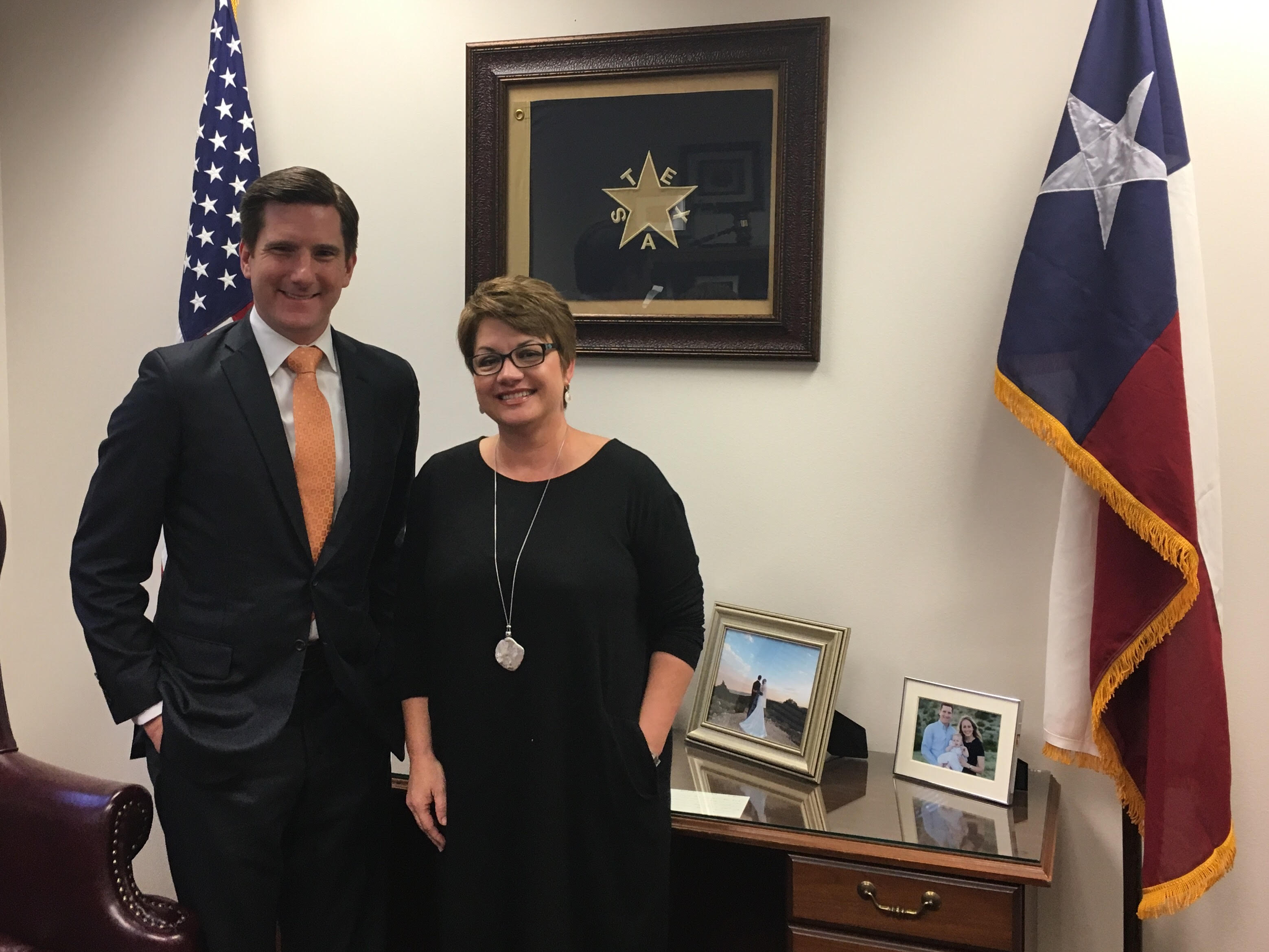 State Representative Brooks Landgraf (R-Odessa) announced Friday with the publication of the final draft of the agreed-upon state budget, that he successfully secured favorable funding for the University of Texas at the Permian Basin.

“UTPB is worth fighting for,” Landgraf said. “Not only does it provide a quality and affordable education to its students, it’s also an indispensable part of our community in Odessa.”

Early during the budgeting process in the Texas Legislature this year, UTPB was threatened with significant funding cuts in various budget proposals. One Texas Senate budget draft would have cut the university’s state funding in half.

In the final budget, most state universities were forced to take cuts that reduced their funding by up to ten percent from the previous budget, but Landgraf’s efforts on behalf of UTPB mean that the Odessa-based university will only face a two-percent cut.

In pleading the importance of UTPB to West Texas, Landgraf persuaded colleagues on the House appropriations committee to increase funding for the crucial day-to-day operations of the university. UTPB relies heavily on “special” budget items for it operations, and those items require specific support in the Texas Legislature. Without funding UTPB’s special items in the state budget, the university stood to lose millions of dollars over the next two years.

While the final draft of the 2018-2019 biennial budget has been agreed upon, it still requires a final vote of approval from the Texas House and Senate. That final vote is expected this weekend, then the budget will be presented to Governor Greg Abbott for his signature.

"Keeping UTPB’s funding in place in this budget to this degree is vital to the future of the university,” Landgraf said. “I also want to thank Rep. Tom Craddick, who fought to get new funds for the new UTPB engineering programs on the CEED campus, and Sen. Kel Seliger who led this effort in the Texas Senate.”