ODESSA — State Representative Brooks Landgraf (R-Odessa) hosted a town hall on Monday evening in Odessa at Odessa College. During the event, Rep. Landgraf provided an update on actions taken by the Texas legislature in 2021 and fielded questions from those in attendance. This was the first of four town halls that Landgraf is scheduled to host in November and December, one in each of the four counties he serves as a member of the Texas House of Representatives.

“I’m thankful to everyone who was able to make it out to the town hall,” Landgraf said. “The turnout was great, and so were the questions and food. I want to thank Trina Moralez for providing an incredible La Margarita meal, as well as Odessa College for making this town hall one of the best I’ve ever been a part of.”

“Odessans truly care about their neighbors; we are a patriotic bunch who love our state and country. We won’t back down from a fight. After several extra months in Austin this year, it is energizing to come back home and get in front of my friends and neighbors to report back and answer questions. It is my honor and great joy to serve as the voice for my hometown in the halls of the Texas Capitol,” Landgraf concluded. 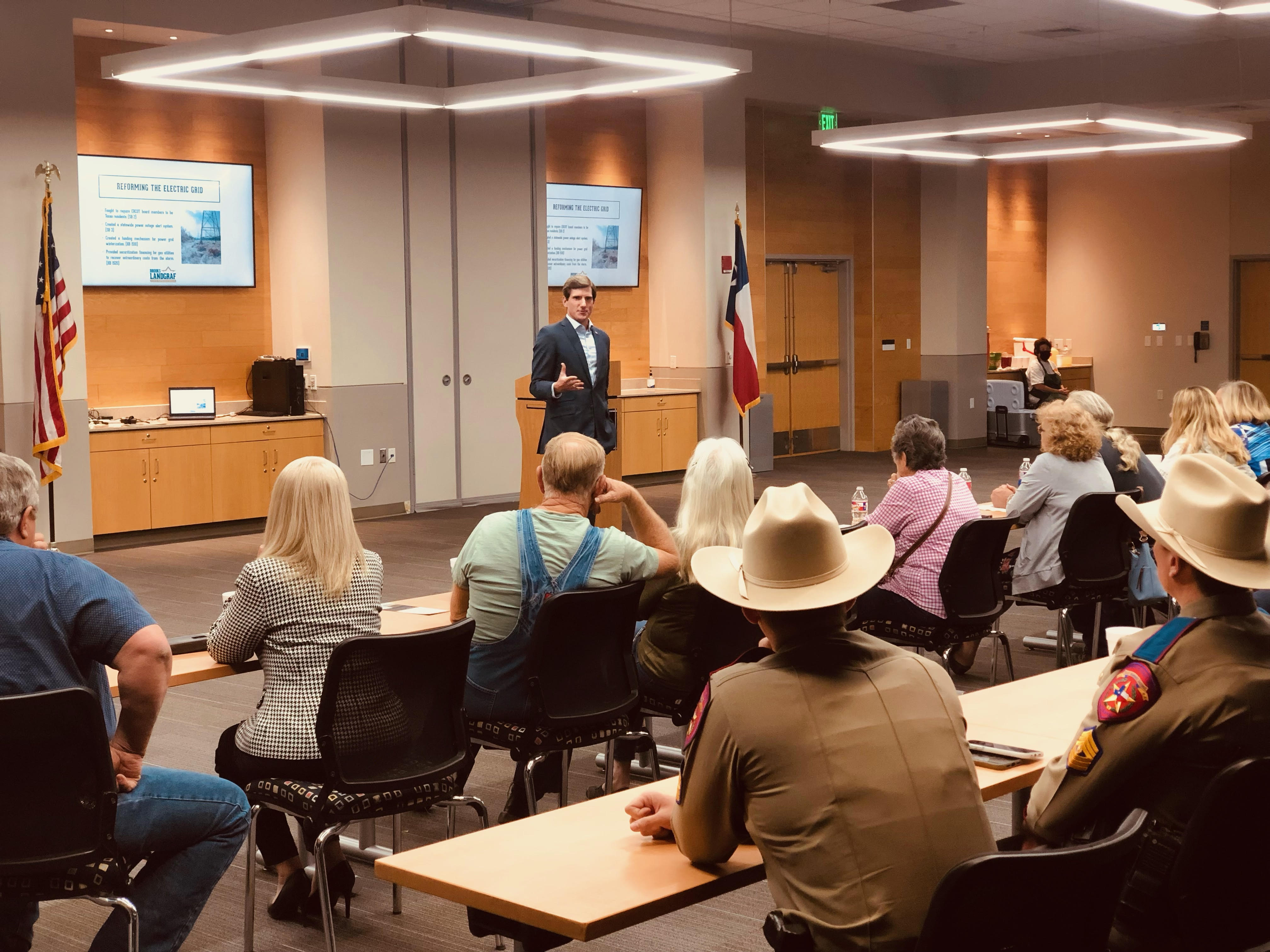