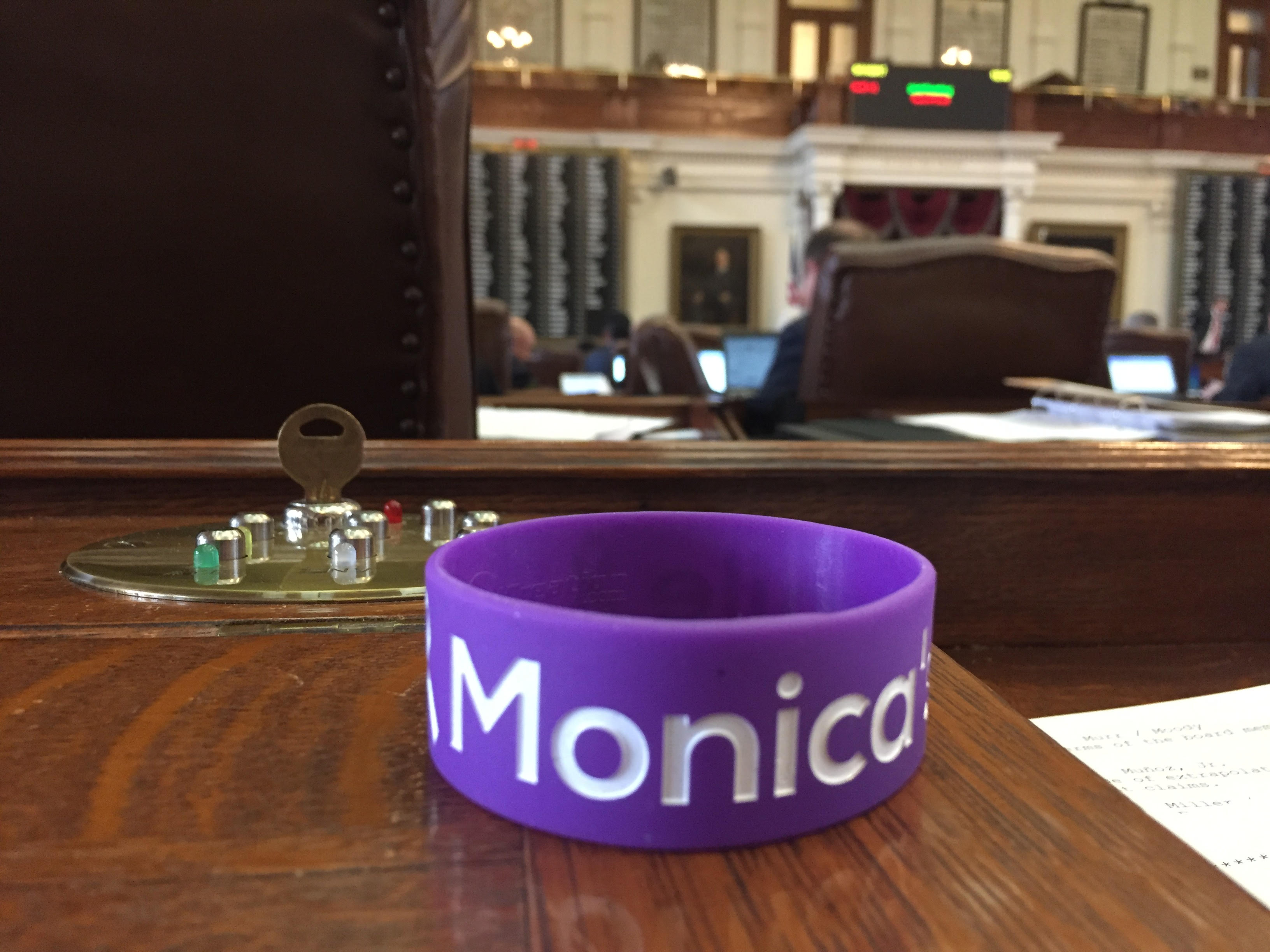 Landgraf began crafting the legislation after being approached by Monica’s father, Jon Nielsen, a former Odessa police officer. Nielsen pleaded that, had a database been available, he and Monica would have been able to know that her abuser had a history of domestic violence.

With the deadline to pass bills quickly approaching, Landgraf maneuvered to amend another bill by adding the provisions of Monica’s Law to ensure that it passed in the House before the midnight deadline on Thursday night.

If Monica’s Law is passed in the Texas Senate, it would establish a statewide registry where certain redacted information can be accessed by the public, and where law enforcement and the courts have access to all of the information provided by protective-order applicants. Information is only available after due process has been given to the abuser in a judicial proceeding.

“Monica’s Law cannot go back and save Monica’s life, or take away her family’s grief, but it can help prevent others from entering into tragically abusive relationships,” Landgraf said. “That’s why I used every legislative tool available to get Monica’s Law passed out of the House.”