“Achievements like this are not possible without hard work and determination, something we have in spades out here in Winkler County,” Landgraf said. “Judge Wolf, members of the commissioners court and Winkler County employees are doing the work that needs to be done, making investments in their community with future generations in mind. It’s an honor to work alongside dedicated elected officials like Judge Wolf who truly care about serving their constituents and improving quality of life.”

The Texas Department of Transportation (TxDOT) presents the Most Improved Airport Award annually to the airport that has seen the most significant improvements thanks to local efforts and initiatives. Over the last five years, the Winkler County Airport has been transformed with renovation work on the terminal building, including a new AC system, complete roof replacement, and repairs to electrical and sanitation systems. Winkler County has invested more than $2 million to achieve these improvements.

“I’m grateful to receive this award from the state and appreciate TxDOT for recognizing the good work that has been done on our airport in recent years,” Winkler County Judge Wolf said. “We’ve made it a priority to improve our transportation infrastructure across the board here in Winkler County so that we can continue to be a hub for the state’s robust oil and gas industry long into the future.”

The Winkler County Airport started as a dirt runway before becoming a military training base during World War II. The airport is a key piece of the region’s infrastructure, serving as a landing spot for aircraft traveling from across the country, including the military and international businesses. Winkler County is uniquely situated near the center of the Permian Basin – the world’s most productive oilfield. 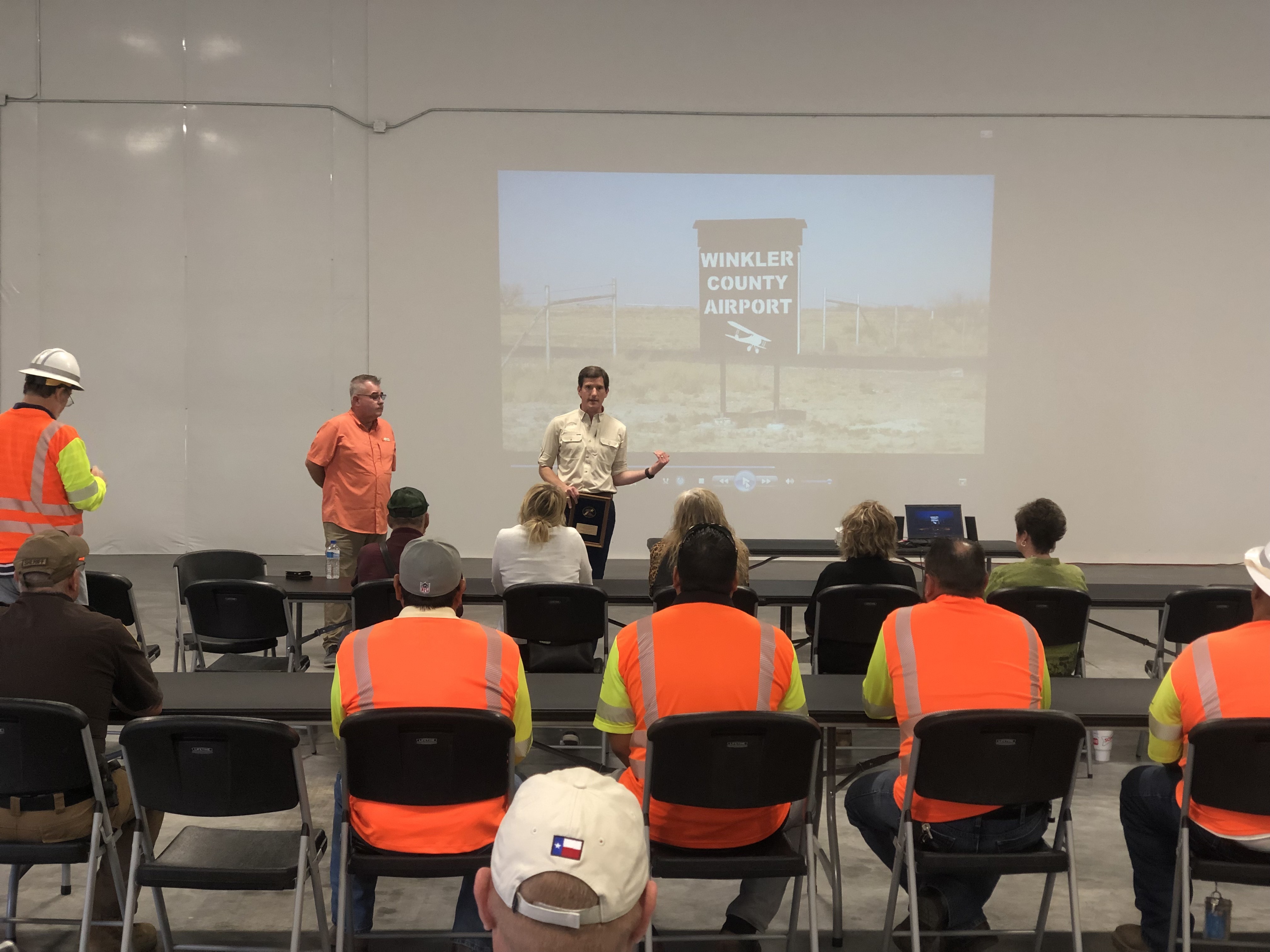