State Rep. Brooks Landgraf (R-Odessa) joined Texas Governor Greg Abbott in honoring five Odessa police officers injured in the line of duty with the Star of Texas Award on Monday morning in a ceremony Monday morning at the Texas Capitol. 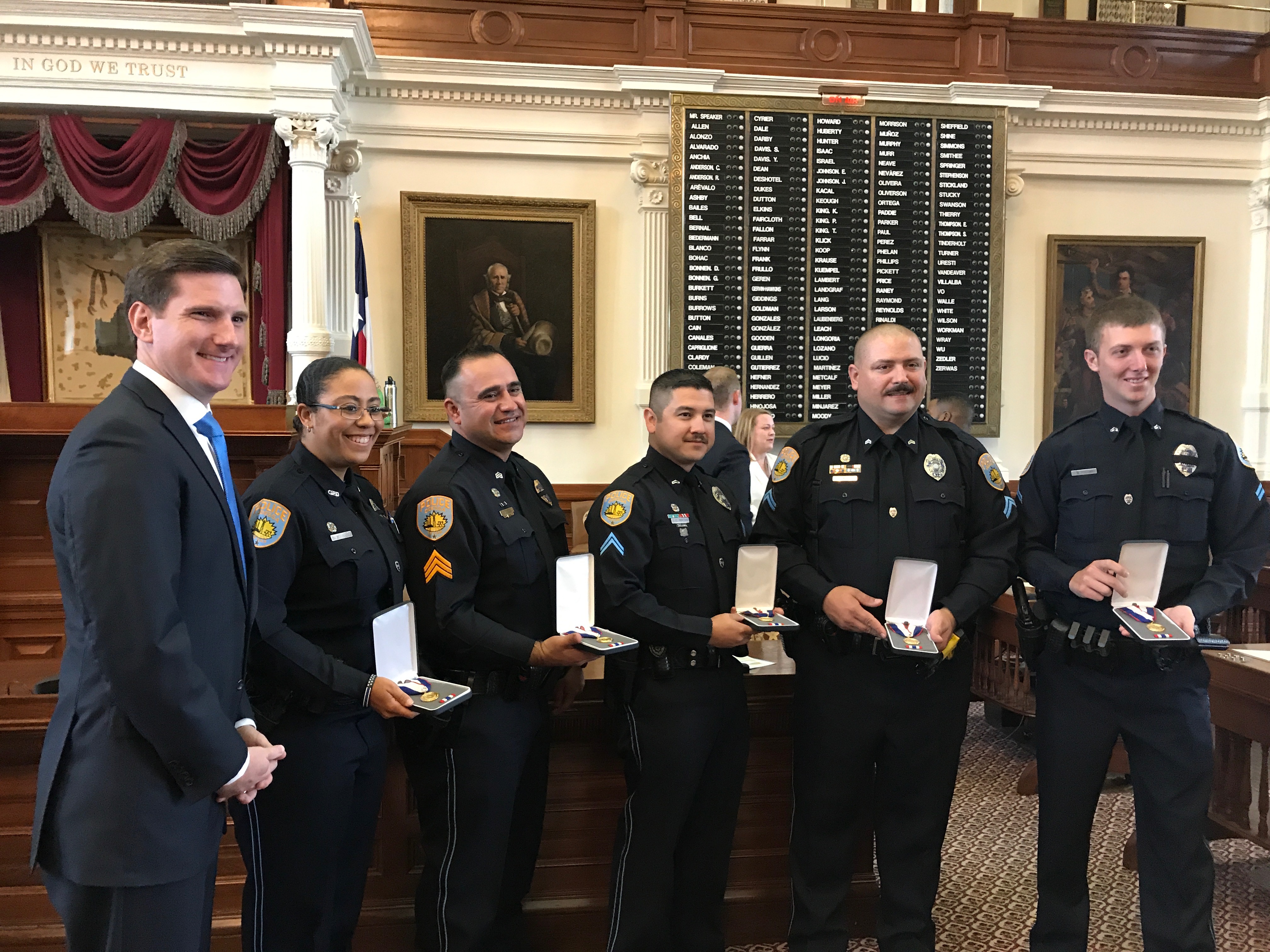 Detective Whitney Branch, Sgt. Pedro Gonzalez, Officer Donaciano Rocha, Cpl. Cory Wester and Officer Anthony Rossman, all with the Odessa Police Department, were each critically injured while serving in the line of duty in recent years. Each of these Star of Texas recipients survived their injuries and continue to serve Odessa on the police force.

The Star of Texas Awards are given each year to recognize first responders across the state who have been killed or seriously injured in the line of duty.

In presenting the Odessa officers with the Star of Texas, Landgraf noted that the award represents the deep debt of gratitude that Texas has for their service and sacrifice. When your life was threatened, you heroically put the safety of others ahead of your own," Landgraf told the recipients. "Odessa and Texas are better and safer places because of your selfless bravery."