ODESSA — State Representative Brooks Landgraf (R-Odessa) hosted a town hall on Tuesday evening in Andrews at the Andrews Senior Activity Center. During the event, Rep. Landgraf provided an update on actions taken by the Texas legislature in 2021 and fielded questions from those in attendance. This was one of four town halls Landgraf is scheduled to host before the end of the year, one in each of the four counties he serves as a member of the Texas House of Representatives.

“Andrews will always have a special place in my heart,” Landgraf said. “I appreciate everyone for coming out and making this town hall special. I’m sad that Andrews County is no longer going to be in HD 81, but my staff and I look forward to providing the highest level of constituent services possible between now and January, 2023.”

Following the results of the 2020 census and 2021 state redistricting process, Andrews County was drawn out of House District 81, represented by Landgraf, and into House District 88. The new state house map is in effect for the 2022 primary and general elections, meaning Landgraf will continue representing Andrews County until January 10, 2023, when his current term ends and duly elected members of the Texas House and Senate are sworn in for a new two-year term.

Republican State Representative Ken King, who represents House District 88, joined Landgraf at the town hall. King, a former school board member, is on the House Public Education Committee and serves as chair of the House Culture, Recreation and Tourism Committee. King is President of Black Gold Pump and Supply Inc., in Canadian, Texas.

During the town hall, Landgraf fielded questions regarding, among other things, border security, the state’s power grid, law enforcement needs, and his work to secure transportation funding for the Permian Basin.

“I’m so thankful to Chairman King and all of the folks in Andrews who came and asked questions, especially those who came early and stayed late to help set up and take down the town hall. Y’all have embraced me like a son. No matter what happens, I will never stop fighting for the people of Andrews and the Permian Basin,” Landgraf concluded. 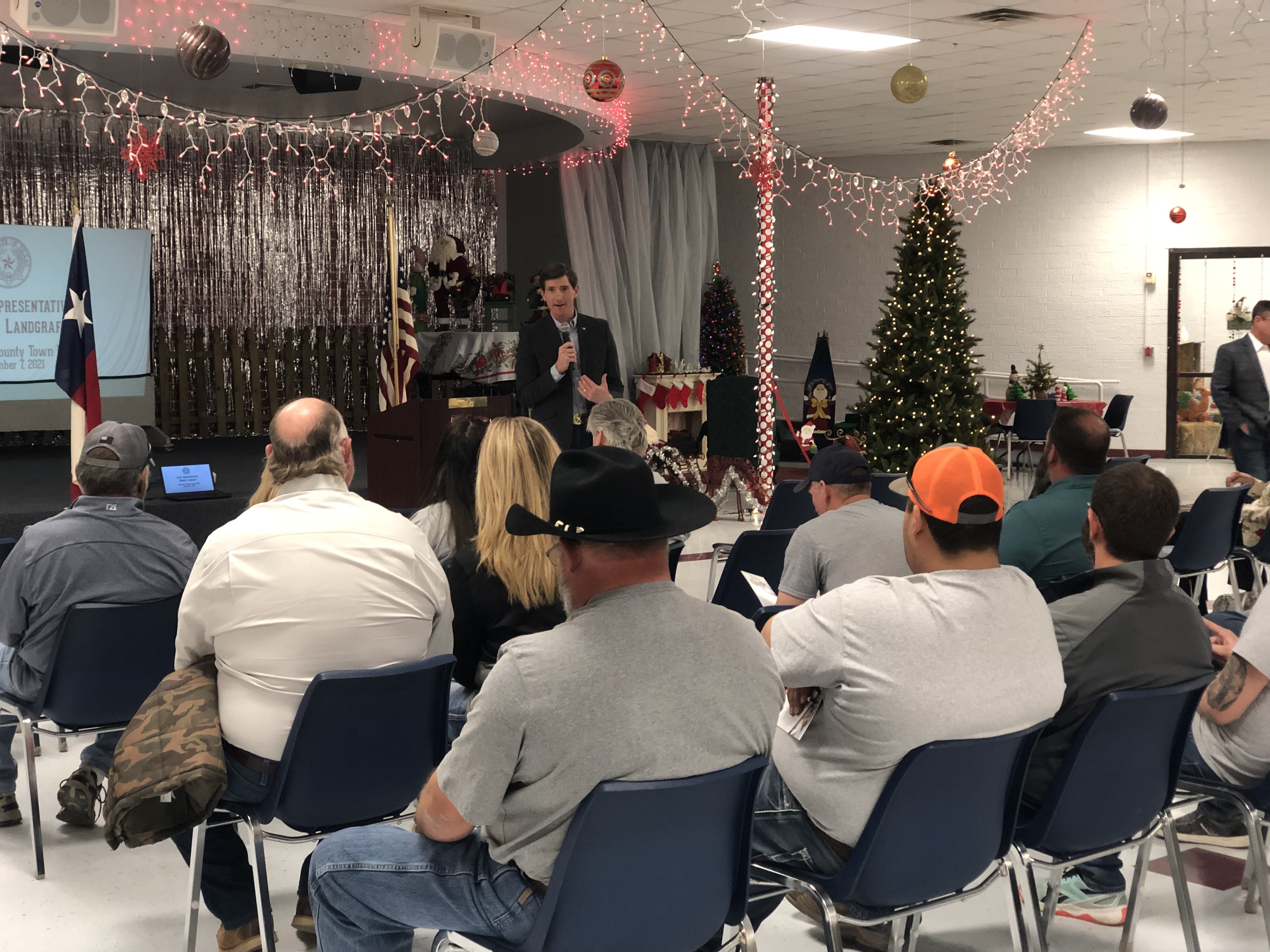