Landgraf: “I will not stop fighting until the Texas border is secure.”

“We are a country that is guided by the rule of law, and out-of-control illegal immigration makes a mockery of this principle,” Representative Landgraf said. “That is why I'm proud to have supported efforts to improve border security at every turn and why I will not stop fighting until the Texas border is secure."

Representative Landgraf helped allocate an additional $2.9 billion for Texas border security operations in 2021-2022, and did so without raising or creating any new taxes. This funding paved the way for Operation Lone Star, a joint effort between the Texas Department of Public Safety (DPS) and the Texas National Guard to prevent human smuggling and drug trafficking coming from Mexico into Texas. The operation deploys air, ground, marine, and tactical border security assets to high-threat areas along the border. Since the launch of Operation Lone Star, thousands of pounds of drugs such as meth, cocaine, heroin, and fentanyl have been seized. DPS reports, the amount of fentanyl seized so far is enough to kill 36 million people. The operation has also resulted in over 185,000 apprehensions of illegal migrants.

"Where the Biden administration has failed to act, Texas has stepped up, and I’m proud to be a leader in our state’s fight," Representative Landgraf said. "After visiting Del Rio on Tuesday, I saw with my own eyes just how much more work needs to be done and I'm not going to let up."

"On this visit, we learned that the Del Rio sector saw more illegal migrant crossings in 2021 than in the past nine years combined," Congressman August Pfluger explained. "Without Texas’ border security resources, DPS officers, and law enforcement personnel—the chaos we are seeing along the border would be even worse. I applaud the efforts of the Texas Legislature—including Rep. Landgraf, Rep. Murr, Speaker Craddick, and others—as well as Ector County Sheriff Griffis and all of our law enforcement heroes in this district who are pitching in and working tirelessly to secure our border."

Texas is also picking up the slack when it comes to the border wall, providing $1 billion to finish the work halted by the Biden administration. Construction of the barrier, which is also being partially funded by private donations, is already underway on state owned land.

"It’s the federal government’s job to secure our border, but in Texas, we don’t ask for permission to defend our sovereignty and protect our communities—and we aren’t going to ask for forgiveness either," Representative Landgraf stated. "The brave men and women in uniform stationed at the border are heroes, making every Texan safer. They are catching some of the world’s worst criminals, preventing crimes before they happen and liberating countless children from the shackles of human trafficking."

Show your support for a secure Texas border by voting for State Representative Brooks Landgraf on March 1, 2022. Early voting for the Republican Primary Election runs February 14 - 25, 2022.

CLEAT's endorsement reads in part: “Because of your commitment to law enforcement and criminal justice issues and your public position regarding issues that will impact the rank-and-file officers in the state, the Combined Law Enforcement Associations of Texas, or CLEAT, has endorsed your candidacy for State Representative." 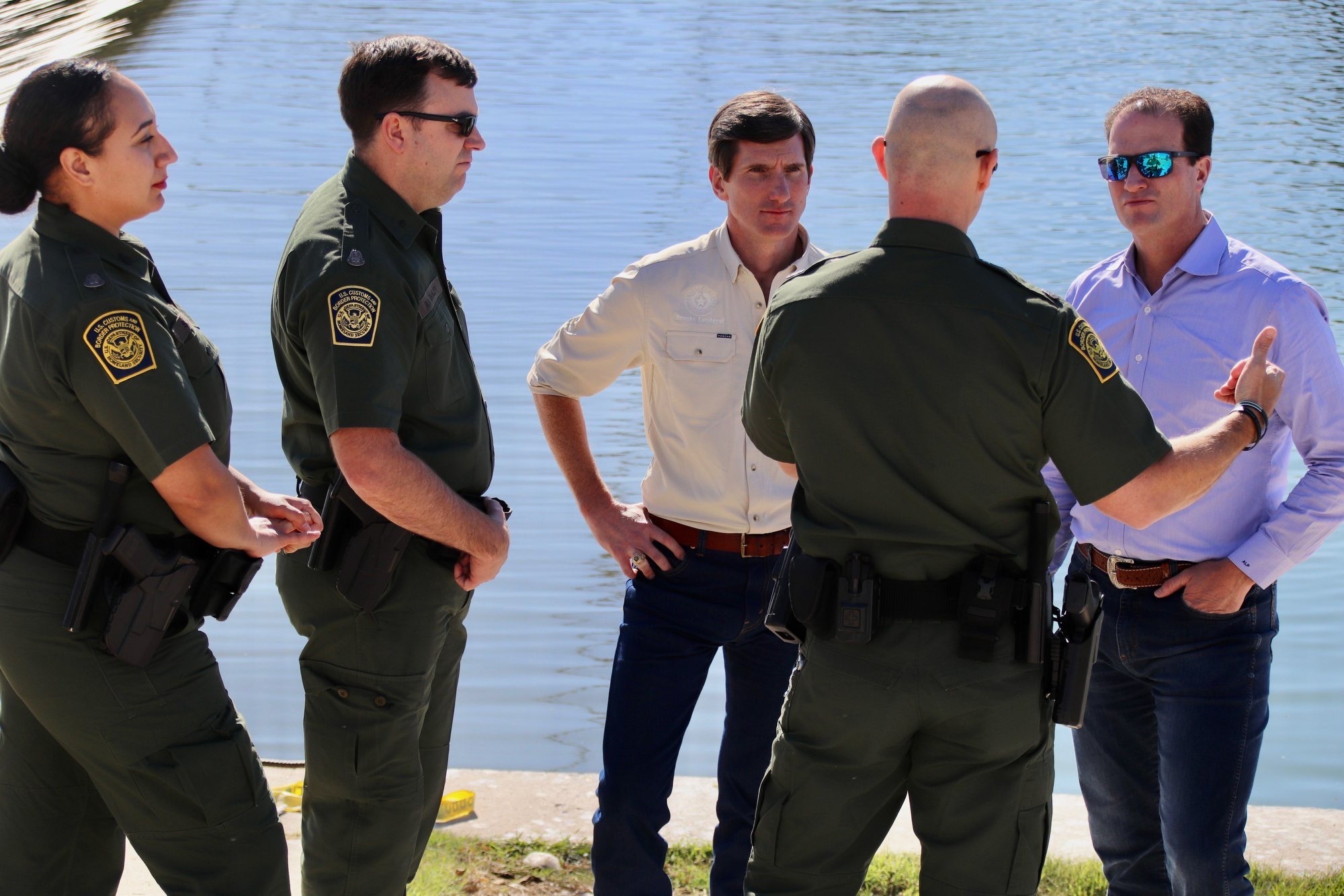